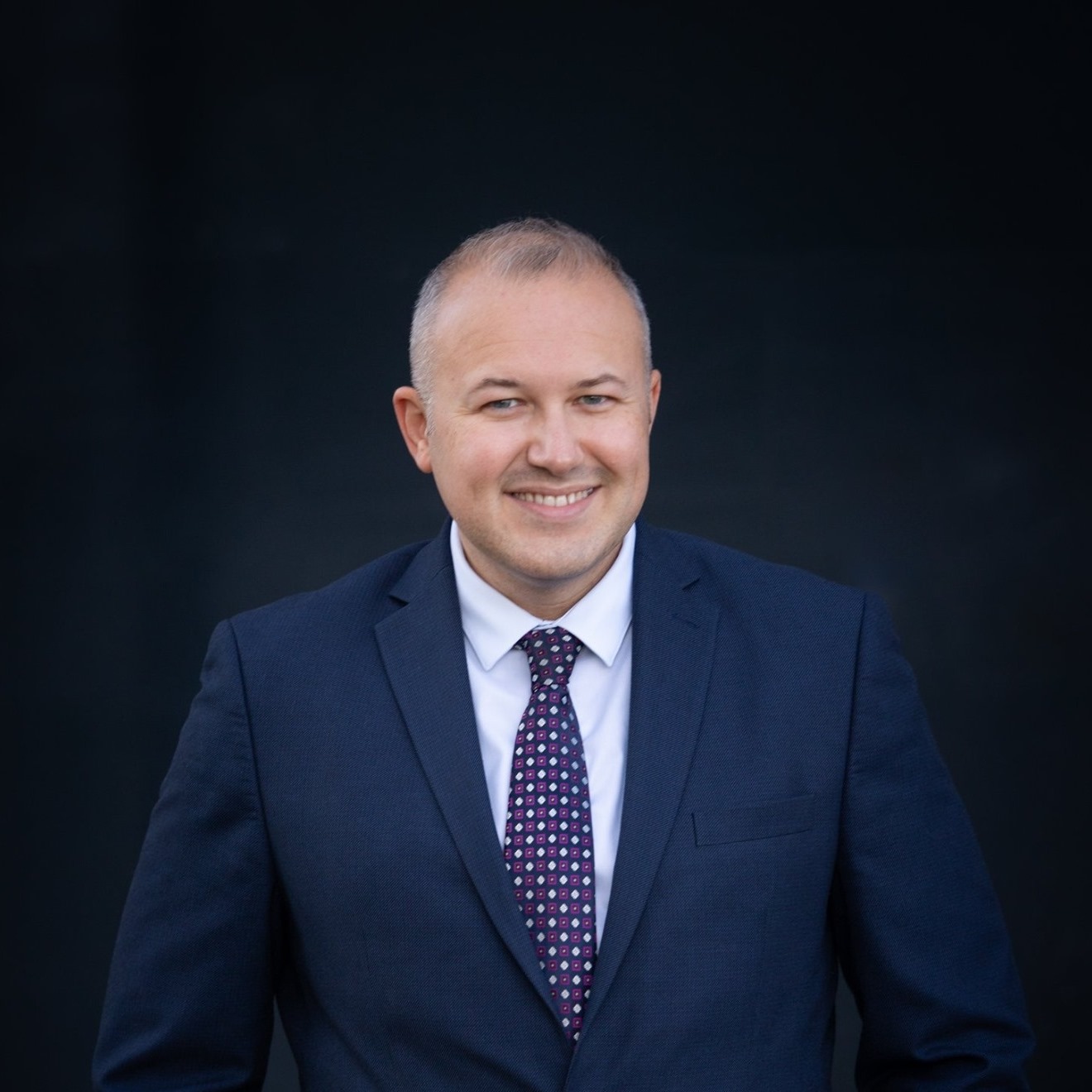 There is a famous saying, “If You’re Not at the Table, You’re on the Menu.”

Misha Glenny, in his book The Balkans: Nationalism, War, and the Great Powers, 1804-2012 wrote, “Macedonia was and is the crossroads of the Balkan Peninsula.” The country has always had a vital strategic position, so much so that the German chancellor Otto von Bismarck once stated, “Those who control the valley of the River Vardar are the masters of the Balkans.” Hence, why historically the Macedonian Question has existed, and for over a century, the Macedonian people have had to repeatedly defend their territory, name, identity, religion, and language from the “neighborly” so-called “four wolves.”

The Macedonian Republic was squashed after 12 days holding off the Ottoman Turks following the Ilinden Uprising in 1903. The biggest problem at the time was nobody came to the aid of the Macedonians supporting their cause. When Macedonians founded the Anti-fascist Assembly for the National Liberation of Macedonia in 1944 in then Bulgarian Nazi-occupied Macedonia, their declaration proclaimed a Macedonian nation-state of ethnic Macedonians and the Macedonian language as the official language of the Macedonian state, while granting equal civil rights to all minorities and faith-based communities. In 1945, Macedonia became a component state of the Yugoslav Federation.

Fast-forwarding to 1991, Macedonia seceded from Yugoslavia – the only nation-state to do so without bloodshed, and dropped “Socialist” before the Republic of Macedonia. This was a centuries-old dream fulfilled. With Macedonia’s territorial integrity at risk, the country’s leaders affirmed their commitment to joining NATO in 1993, signed the Framework Documents for NATO’s Partnership for Peace in 1995, and started its Membership Action Plan (MAP) in 1999.

Throughout the past three decades, Macedonia, a net exporter of security, has made numerous valuable contributions to NATO, including hosting the NATO logistical support center for KFOR, welcoming 400,000 refugees during the Kosovo Crisis, and interchangeably serving as the 4th and 5th net troop contributor to the ISAF mission in Afghanistan patrolling ISAF headquarters in Kabul. Numerous Macedonian troops have been decorated by the U.S. and NATO for their stellar perseverance, and combat operations.

By 2008, Macedonia had met all NATO membership requirements and slated to join alongside Albania and Croatia – the Adriatic three. Doors closed at the Bucharest Summit and Greece lifted its hand and vetoed Macedonia’s NATO membership, violating a 1995 United Nations agreement, which prohibited such actions by Greece. NATO member-states were dumbfounded – what could they do when NATO decisions are taken unanimously? Macedonia took Greece to the International Court of Justice and won the case in 2011 – something many legal experts expected would happen, however, the ICJ has no implementation means and the famous 15-1 ruling fell on deaf ears. Two hours after the ICJ decision, NATO’s Secretary-General stated ICJ verdicts have no impact on NATO decisions, and that if Macedonia wanted to join NATO it would have to change its name to appease Greece.

For close to a decade, the Balkans were left on their own – a perfect breeding ground for Russia, China, ISIS, and Islamic Wahhabi separatists. Western values were jeopardized, most often due to the indecisiveness of NATO and the EU, and 19th-century nationalistic policies largely coming from Bulgaria and Greece. These topics can certainly be analyzed in a future article.

In June 2018, a new government in Macedonia came to an agreement with Greece over the name – a geographic modifier “North.” For three decades, Greece’s argument had been that a country called “Macedonia” posed a threat to Greek territorial integrity. Anyone with no Balkan history knowledge could easily ask the question “if there is a North, where is South Macedonia?” – perhaps a recipe for long-term disaster, keeping the “Macedonian Question” alive.

In September 2018, Macedonian citizens voted in a referendum on the proposed name change of their country. The voter turnout of fewer than 37% of registered voters rendered the referendum invalid according to the Macedonian constitution. Despite citizenry objections, the Macedonian government went ahead with the name change, anyway. The domestic populace saw changing the name for NATO membership as too high of a price to pay, despite approval for NATO being over 70%, down from 94-97% in 2008. Many global experts argue this was due to Russia, however, anyone knowing Macedonian history would be aware that Russia never took the side of Macedonians in their fight for self-determination, always taking the Bulgarian, Greek, or Serbian side.

Following a teeth-clenching process, Macedonia’s NATO accession protocol was deposited in Washington, D.C. on March 27th of this year, and the Macedonian flag was proudly flown at NATO headquarters on March 30th. After protecting the tent of NATO through three decades, Macedonia has earned its rightful place at the table, no longer on the menu. The EU process will be another ball game with Bulgarian nationalism already flexing its muscles.

No joyous celebrations were held to commemorate Macedonia joining NATO, due to the silent pandemic of COVID-19. The first thing the country did the next day after joining was request assistance through NATO’s Euro-Atlantic Disaster Response Coordination Centre (EADRCC) to combat COVID-19. Czech Republic, Hungary, the Netherlands, Norway, Slovenia, Turkey, and the United States all responded immediately and delivered protective equipment, medical supplies, surgical masks, and COVID-19 tests. Out of an estimated 1.5 million Macedonian population, there were only 1,300 confirmed cases, 56 deaths, and 301 recovered as of April 23rd.

Typically, countries may experience increasing economic development after joining NATO. Macedonia has lost nearly half its population since 2008 – due to a huge brain drain. Since the COVID-19 outbreak, Macedonia has seen a drop of 30% in GDP, and its tourism industry will take a plunge like never before. One thing is for sure, countries are stronger with allies and friends – together, the world will be able to weather the storm. Time will tell of the repercussions to Macedonia’s security and socio-economic stability.

Metodija A. Koloski is co-founder, and president of the United Macedonian Diaspora (UMD) and co-chairs the Southeast Europe Coalition. He is an expert on Macedonia’s right to its name, religious freedom issues, and minorities in Albania, Bulgaria, and Greece, Diaspora-Homeland relations, and NATO and EU enlargement issues. With 16 years of experience in non-profit management and policy development, Koloski has been published in numerous media outlets and serves on the Board of the Macedonian Language E-Learning Center and Welcome.us, and is an American Jewish Committee member. You can find him on Twitter at @MetoodijaKoloski and UMD at @UMDiaspora

U.S. Forces have close ties with @Slovenskavojska counterparts,and wanted to help express gratitude with today’s flyover to the medical staff, emergency responders, and those providing essential services in 🇸🇮 for their hard work during the COVID crisis. #AlliesPartnersFriends

Looking for the perfect spot to catch the flyover tribute by @HQUSAFEAFAF jets from the 31st Fighter Wing and their @Slovenskavojska partners!🇺🇸🇸🇮 https://twitter.com/mo_rs/status/1266340085324226561

Two U.S. B-1 Lancers from Ellworth Air Force Base, South Dakota, flew over Skopje to welcome 🇲🇰 into #NATO. This flyover is an expression of our enduring support for North Macedonia. #WeAreNATO #Partners #Allies

Former Representative Amir Zukić's corrupt actions undermined the rule of law in Bosnia and Herzegovina. As a result, I am publicly designating him, making him ineligible for entry into the United States. We remain #UnitedAgainstCorruption with our partners in #BiH.

The United States calls on all institutions and political parties to implement today’s ruling and all decisions of #Kosovo’s Constitutional Court. https://xk.usembassy.gov/may28st/