Milanovic’s Comeback is Good News for Stability in the Balkans 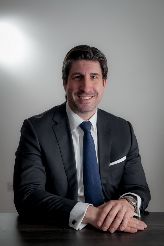 An experienced politician, new President of Croatia Zoran Milanovic will play an important role in the Balkans politics by promoting and strengthening Euro Atlantic priorities, such as EU and NATO integration. In his recent inaugural address and through cabinet appointments, Milanovic has shown interest in traditionally marginal topics for the president, such as digitalization, energy and climate change.

On 18 February 2020, Zoran Milanovic was inaugurated as the fifth Croatian President. Milanovic took an oath of office at a small event in the presidential palace, instead of St Mark’s Square in Zagreb. A major change and a message that has set a different tone at the beginning of the five-year mandate.

A few issues in neighborhood

Furthermore, Milanovic stated that Serbia’s misfortune was the fact it was led by an arrogant bully (referring to Serbian President Aleksandar Vucic) who represented Belgrade-based interest groups and not the citizens of Serbia. This is consistent with Milanovic’s views from 2016, when he stated the Serbian Government was arrogant and wanting to rule half the Balkans. Milanovic also spoke of Montenegro and gave unreserved support to the Montenegrin Government in the fact of the ongoing anti-government rallies, allegedly staged by anti-NATO groups sponsored by Belgrade.

President Milanovic has close ties with the Albanian Prime Minister Edi Rama. In 2017, having left politics and opened a consultancy firm, EuroAlba Advisory Ltd, Milanovic was reportedly hired by Rama to advise on the issues related to Albania’s EU accession. He has remained discreet on the subject and never publicly disclosed information on his dealings abroad. This was also the case regarding his alleged business dealings with Lu Junqing, a Chinese billionaire and the owner of ToJoy Company, a business consultancy firm from China. Together with Kevin Rudd, former Prime Minister of Australia, Lu Junqing also co-founded the Global Alliance of Sharing Economy (GLASE), an international economic non-profit think-tank, and hired Milanovic as Senior Advisor. Milanovic never disclosed any details regarding his involvement with the GLASE, other than saying that he never received any financial compensation for his advisory services.

Finally, Milanovic’s first foreign visit was with the Slovenian President Borut Pahor that took place on 27 February. Milanovic was cordially received in Otocec ob Krki, a small town near the border with Croatia. The two Presidents discussed the border arbitration matters and the Alpe-Adria initiative on the cooperation of regions in Austria, Italy, Hungary, Slovenia and Croatia, established in 1976. Milanovic’s first official visit to a foreign capital will be to Vienna, Austria.

Croatia represents the Adriatic leg of the Three Seas Initiative which was inaugurated in 2016 in Dubrovnik. The forum, promoted by the U.S. Government and the Atlantic Council, has been pitching for stronger collaboration among Baltic, Black Sea and Adriatic Sea countries. Former President Grabar Kitarovic was a vocal advocate of the 3SI throughout her mandate, but the project has so far failed to yield any practical results.

President Milanovic on the other hand has not expressed enthusiastic stance about the initiative, describing it in his campaign as “an old delusion”, “a redundant and unnecessary initiative” and “a ridiculous idea”. Moreover, having heard the statement given by the U.S. Secretary of State Mike Pompeo that the U.S. would invest $1 billion in the 3SI Fund, Milanovic remarked that a billion dollars for the whole CEE region was enough “not even for a cup of coffee”. He claimed that the initiative represents unnecessary overlapping with already existing EU funding programs.

Milanovic later said that he would not obstruct the initiative, but that he found the Croatian Government to be quite passive about it. Also, he acknowledged the importance of good relations with the U.S., reaffirming that Croatia was, after all, a European country.

President Milanovic appointed Orsat Miljenic, an old party ally and a close confidant, as his Chief of Staff and Foreign Affairs Advisor. Milanovic and Miljenic go back a long way from their diplomatic service days. His appointment to two key positions is seen unorthodox as those represent two most influential functions in the cabinet. However, this might be a transitional solution for President Milanovic who will conduct foreign policy matters independently, given his prior extensive diplomatic and premiership experience.

Also, the interesting part of the cabinet staffing is bringing in advisors on energy and environment and potentially forming a digital council. Even though presidential cabinet has not traditionally (and constitutionally) demanded for these types of advisors, Milanovic dared to venture out and think outside of the box.  President Milanovic has an opportunity to use his political experience and recent business knowledge to bring more dialogue and prosperity to the whole region, as well as to create smart political initiatives that will make him a two-term president and the leading political figure in the region.

Natko Vlahovic has been working in the EU affairs arena since 2005 when Croatia started EU negotiations. He founded the government relations firm Vlahovic Group in 2012 and the Croatia-EU Business Council in Brussels in 2006. Vlahovic advises numerous multinational companies on public policy issues in Croatia and the Balkans. He regularly contributes analysis on the intersection of government and business in the region to the Croatian and global press. He can be found at @NatkoVlahovic and Vlahovic Group can be found @VlahovicGroup and www.vlahovicgroup.com.